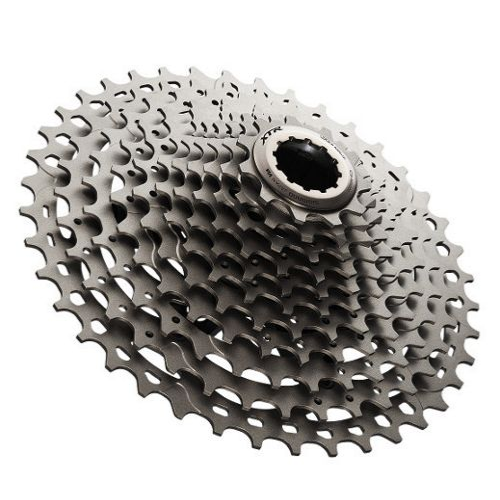 The long-awaited debut of Shimano’s premier component ensemble was staged at its new cycling division across the street from its North American headquarters in Irvine, California. Before getting down to business, visitors were given a tour of Shimano’s living museum and of its new automated shipping facility, from where the 2015 XTR components will be sent to bike dealers later this year. There are actually two XTR groups: “Race” and “Trail” and in Shimano tradition, each gets a stimulating numerical designation. The 2015 XTR Race ensemble is M9000 and XTR Trail is M9020. In case you missed it, that is one zero added to last year’s XTR. The new group looks impressive, with innovations and improvements that run from mild to wild - a new crankset that features a bonded aluminum crank arm and a hollow chainring, bonded from aluminum and carbon fiber; a side-swing front derailleur with a rotary cable actuator; reconfigured shift levers; and lots of titanium and carbon bits. The elephant in the room at Shimano’s big show, however, was how it planned to respond to SRAM’s one-by-eleven revolution.